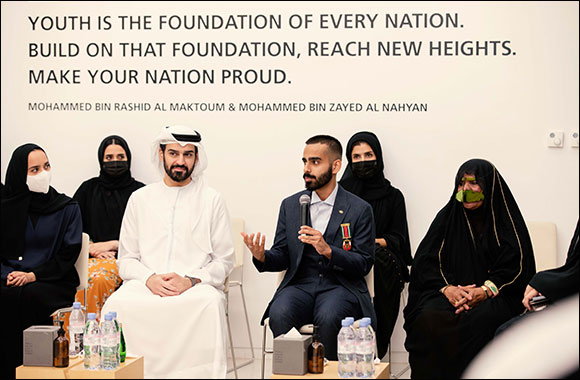 The activation, which was held on Tuesday at the Abu Dhabi Creative Hub, encouraged youth to nominate individuals who have positively impacted local communities across the UAE. The Abu Dhabi Awards organizing committee also led a brainstorm session with the attendees on ideas for how to engage the youth in this edition of the Awards.

Zaafarana Ahmed Khamis, a mother of 11 including Special Olympics champions, Hamda and Maryam, was recognised in 2019 for her commitment and energy to assist people of determination, including  as a support team member at the Special Olympics World Games Abu Dhabi 2019.
Abdul Muqeet Abdul Mannan, the youngest recipient to receive the award at 10 years-old, was recognised for his environmental campaign to create 100% recycled carry bags using discarded newspapers, and distributing the bags throughout the Abu Dhabi community.

The Abu Dhabi Awards recognises contributions from anyone committed to improving UAE society, regardless of their age, gender, nationality or place of residency. The single and only criterion that nominees must fulfill is to have made a positive contribution to the UAE community. The nomination period takes place from 21 April 2022 to 16 June 2022.

Next in Events & Exhibitions