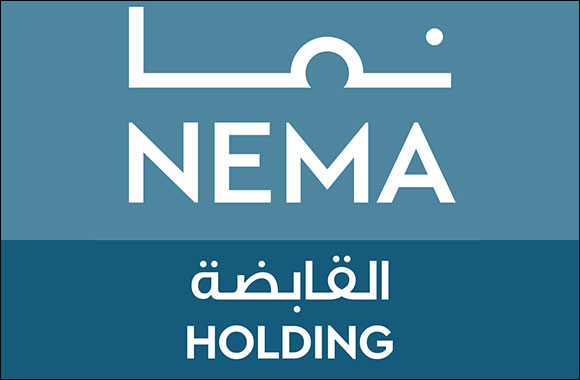 Share Home >> Education & Training
• NEMA Holding established NEMA Education as its academic arm to support the education sector over the next 50 years
Abu Dhabi, United Arab Emirates, 08 June 2022: Abu Dhabi University Holding, established in 2006, has announced the rebranding of the holding company name to 'NEMA Holding,' reflecting its progress as it implements its strategy to support the growth of the national economy over the next 50 years.
NEMA Holding, formerly called Abu Dhabi University Holding, has announced the establishment of 'NEMA Education,' an academic arm that will strengthen its leading role in the education sector and consolidate its position in the higher education sector in the UAE and beyond. NEMA Education's portfolio includes several higher education institutions and professional training companies, including Abu Dhabi University (ADU), Knowledge Group and Khawarizmi International College. NEMA Education has over 10,000 students across its educational institutions and thousands of others who receive professional training through its training institutions.
Dr. Ali Saeed bin Harmal Al Dhaheri, Chairman of the Board of NEMA Holding, confirmed that the renaming reflects the Group's plan and strategy to further grow and expand their educational contribution in the emirate of Abu Dhabi. He confirmed that the establishment of NEMA Education as the academic arm of NEMA Holding will greatly contribute to the provision of quality education in the country and the region.
Al Dhaheri added: “The establishment of NEMA Education is in line with the launch of a golden era for education in the country under the wise leadership of His Highness Sheikh Mohamed bin Zayed Al Nahyan, President of the UAE. It aims to achieve a qualitative leap in higher education by being forward looking to the future, intensifying development efforts and introducing academic programs, specializations and degrees that meet the aspirations of the UAE's Centennial 2071.”